The plight of the palm oil elephants

There are precious few elephants left in Borneo, and the population gets smaller every year.

Forests where they live are being slashed to make way for palm oil plantations, making it more and more difficult for elephants and farmers to thrive together in close quarters.

A species in decline

It is thought that Borneo’s elephants are a subspecies of the endangered Asian elephant (Elephus maximus), although scientists have yet to classify them as such.

According to the International Union for the Conservation of Nature (IUCN), Asian elephant populations have dwindled by 50% over the last three generations, as their habitats are shrinking and fragmenting.

Adult elephants can spend up to 19 hours a day feeding, and they roam for hundreds of kilometres through grassland, forests and scrubland. Their size means they need large areas of land to live comfortably – but their forest homes are being encroached upon by human homes, plantations and farms.

This pressure to find space has led to more and more conflicts between humans and elephants when elephants eat or trample crops. It’s a particularly large problem in Indonesia and Malaysia, where huge areas of forests have been lost to palm oil plantations.

The plight of the elephants is perfectly captured in the image above, Palm-oil survivors, by environmental photojournalist Aaron Gekoski. It was in the 2017 Wildlife Photographer of the Year competition.

Taken on a cleared palm oil plantation in Borneo, in the Malaysian state of Sabah, three generations of elephants are dwarfed by a scene of devastation around them.

With the light fading fast he quickly shot the four majestic mammals, reflecting on how they are ‘dwarfed by a desolate and desecrated landscape’.

Aaron was there as part of a tagging mission with Sabah’s Wildlife Rescue Unit. The team was created to address critical conservation issues in Borneo, and help humans and animals to coexist without conflict.

He says, ‘We knew that there was a herd of elephants passing through the plantation. When we saw them, I did not have a lot of time to think.

‘I knew straight away that it was a powerful image. The four of them were huddled together – seemingly for protection – surrounded by a manmade scene of destruction.

‘A lot of people don’t know that elephants are facing such threats in Borneo. When the island’s conservation issues are discussed, people often focus on orangutans and elephants get lost from public view.’

As with most conservation issues, this is not an easy problem to solve. Malaysia’s economic situation means that palm oil production isn’t going to relent any time soon, because it’s exported in such large quantities. The Malaysian Palm Oil Council reports that the country accounts for 39% of world palm oil production, and 44% of world exports.

If you live in a Western country, it’s nearly impossible to avoid products containing the oil, which is derived from the pulp of palm fruit. It’s in soap, processed food and cosmetics.

The production of the oil has lifted many Malaysian farmers out of poverty since the cultivation of the plant rapidly increased in the 1960s.

Now, it is reported that the industry employs more than half a million Malaysian people. It has also transformed the landscape in Borneo, forcing animals into ever-smaller pockets of their natural habitats.

As well as facing habitat loss, elephants come under fire for damaging plantations. Workers consider the animals to be a pest, and resort to poisoning or shooting them to protect the plants.

Aaron says, ‘Elephants cause a lot of destruction on plantations when they pass through, and the workers have killed them in the past to protect their livelihoods.

‘It’s heartbreaking to see and study. I have been filming elephants Africa and Asia for nearly a decade, and this animal faces so many threats around the world. Along with losing their homes, they’re shot simply for eating, or for their ivory or skin. It’s a dire situation.

‘It’s especially difficult to see the orphaned elephants. One particularly moving encounter with them was when I was introduced to a baby that had been shot dozens of times. It was riddled with bullets. The orphans really struggle to survive outside of the herd.

‘There are no easy answers when it comes to protecting them. Some organisations in Borneo are doing very good work in a difficult situation, including the Wildlife Rescue Unit and the Danau Girang Field Centre, a scientific research centre.’

Aaron didn’t always know that his calling was environmental journalism. In 2009 he was the co-owner of a modelling agency in London – not exactly deep in the Bornean forest.

One day he packed it all in, bought a backpack and left Britain for Asia. He hasn’t looked back since. Over the years, Aaron has filmed and photographed the mass slaughter of turtles in Madagascar, Mozambique’s shark finning crisis, Namibia’s annual seal cull and rhino poaching in Zimbabwe.

He is currently working on a project about the wildlife tourism industry.

He says, ‘The camera is one of the most powerful weapons ever invented. As photographers we have an opportunity to use our skills for the good of the planet. Over the past decade I have met so many people who are dedicating their lives to conservation. Documenting these animals’ stories with a camera is my way of making a difference.’

via The plight of the palm oil elephants | Natural History Museum

The terrible fate of Raja the baby elephant, chained and held hostage by an angry mob: An image that will haunt you and a story that will enrage you | Daily Mail Online 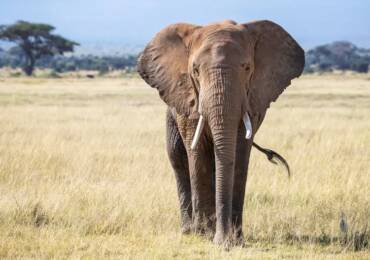